When our friends at CIMcloud told us they were having another Partner Huddle, we didn’t have to think twice about accepting the invitation to participate, although we weren’t sure how they would top the last one.

The CIMcloud Partner Huddle happens about once a year, bringing together members of the Sage 100 community from around the country for networking, learning, and collaboration. It is attended by Sage partners, Sage employees, and representatives of select add-on solutions for Sage 100, such as ourselves.

This year’s meetings were held on Friday, November 2 at CIMcloud headquarters in Greenville, South Carolina. The keynote was presented by John Hendrickson. John told attendees how he had grown his VAR practice over the course of 30 years and sold it for $11.8 million. With so many partner organizations consolidating and many trying to adapt to ever-changing conditions, it was a timely and well-received topic that generated some great conversations among the group. 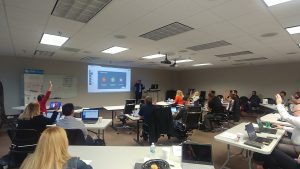 After the keynote, the CIMcloud team talked about Customer Interaction Management, explaining what it means and why Sage 100 users need it. They showed us some of the cool new features in the latest release of their integrated ERP+CRM+eCommerce suite that helps streamline interactions between customers, employees, and systems. 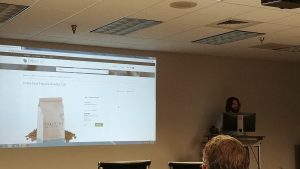 Later, each of the add-on solution providers were given an opportunity to present to the group. Because we have longstanding relationships with all the partners that were there, they already know that we offer Warehouse Management, Mobile Sales, Manufacturing Automation, and Label Printing. So we got to have a little fun with it by talking about things like our Million Record Challenge that highlights our speed. We also introduced some of our new team members.

Unfortunately, our own Steve Showalter was unable to attend due to a prior commitment. But his presence was still felt in the form of a cardboard cutout that would come to be known as “Flat Steve”. 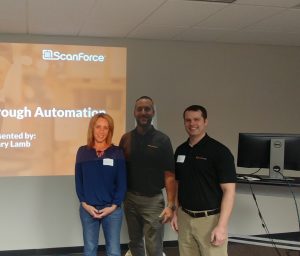 With no Sage Summit in 2018, this opportunity to spend time with our partners in person was even that much more valuable for us. We have built strong partnerships with many of these people, many dating back to our entire 15+ years in business. Many have become not only partners, but friends. So while we all did a lot of learning and sharing, it should come as no surprise that we also had a little fun.

We’d are thankful to CIMcloud for including us in this event and to all the Sage partners and employees who joined us to make it great!

Here are a few of the moments we captured from the social activities. 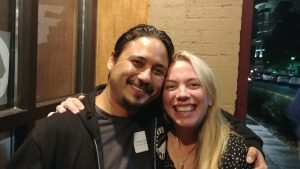 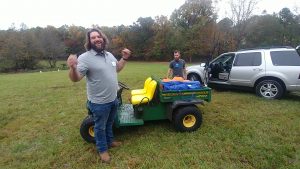 CIMcloud’s Eric Alexander hosted an outing to his farm. Here he is, giddy about bringing in the “targets” (or as his wife had been calling them before that night, “decorations”) 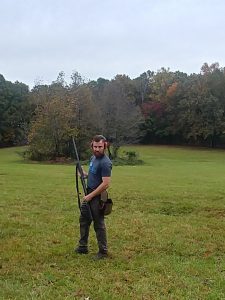 There was a variety of firearms on hand. Don’t worry, Flat Steve was not used as a target! Here’s CIMcloud’s Pat Scherz getting ready to take out some “decorations”. 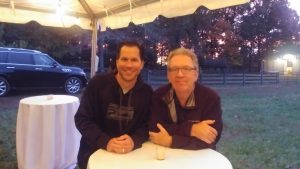 A beautiful sunset on the farm set the backdrop of this photo of Matt St. John (V-Technologies) and Wayne Schulz (Schulz Consulting) 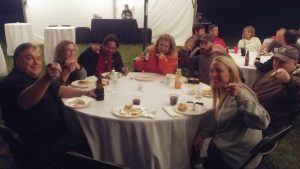 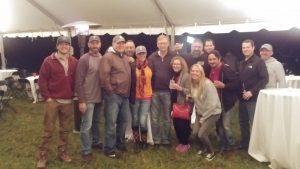 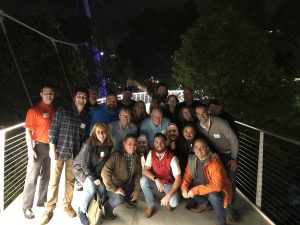 The group posing on the suspension bridge at Falls Park in downtown Greenville. A Huddle tradition. Can you spot Flat Steve? 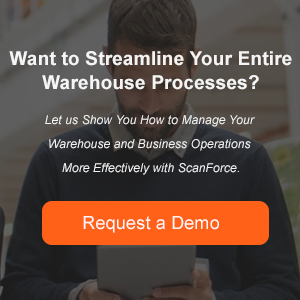 Learn how you can have world-class mobile technology in your warehouse.